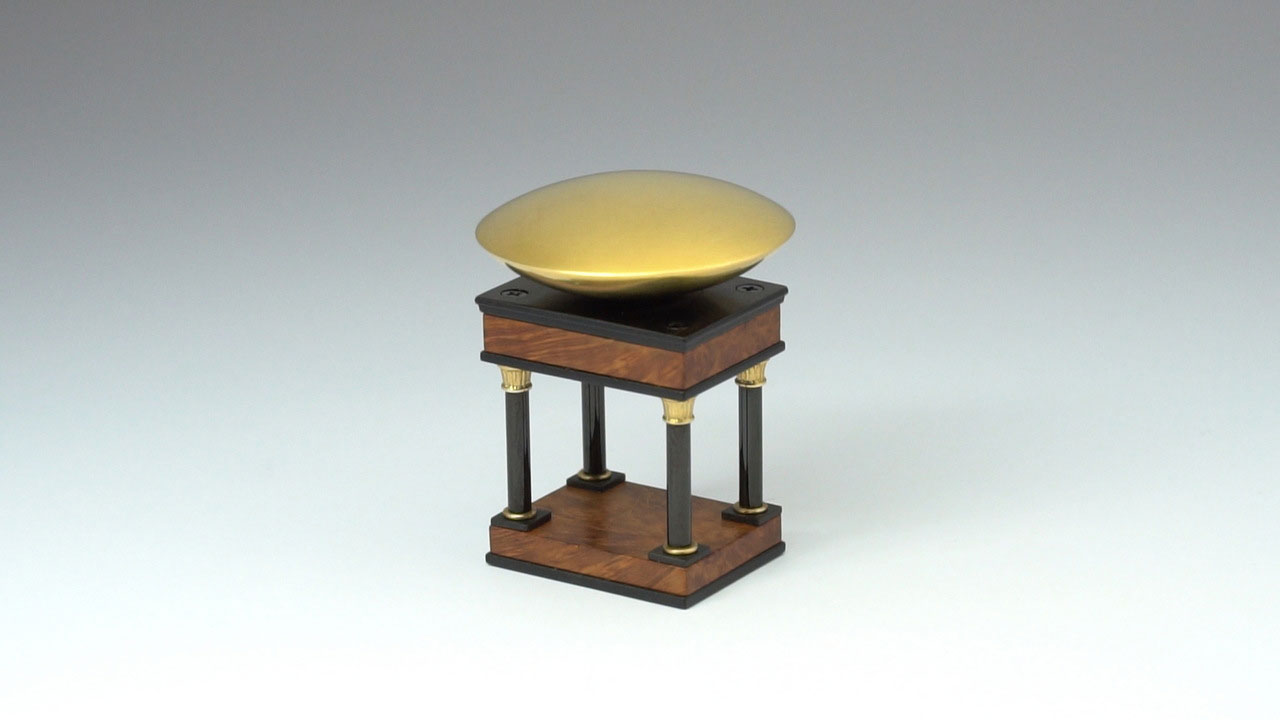 This kinetic ring belongs to a series of Goethe related pieces made for an annual exhibition of a Düsseldorf based jeweller group called düsselGOLD - founded in 2007.
Every year the Goethe Museum Düsseldorf is hosting this exhibition of contemporary jewellery from around 20 makers. The group shows work from their collections and at least one piece especially made for this event relating to the - annually changing - Goethe theme.
In 2012 the theme was "Freigeist und Ordnung" (libertine and order) - inspired by the authentic meeting of Goethe and Napoleon in 1808.
This kinetic ring piece tries to combine these to very diverse characters - the base is made like an Empire style console. The style originated in and takes its name from the rule of Napoleon I in the First French Empire, when it was intended to idealize Napoleon's leadership and the French state. The moving top tries to symbolise the academic as well as free minded charactere of Goethe.

more pieces out of category custom made: 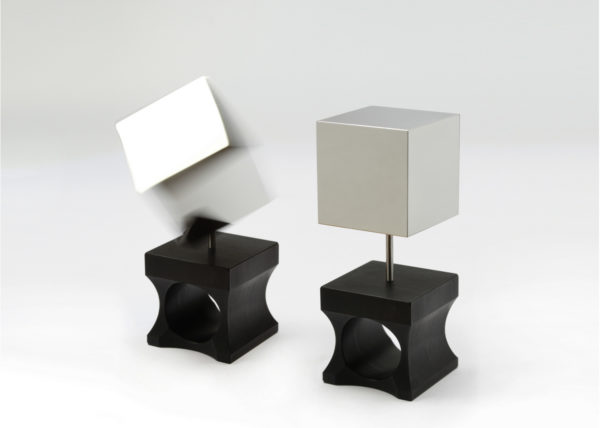 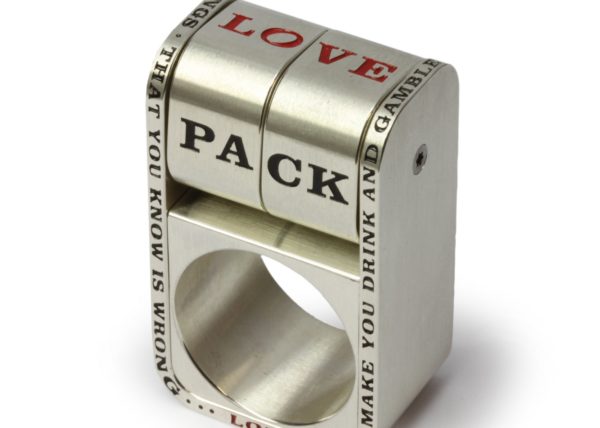 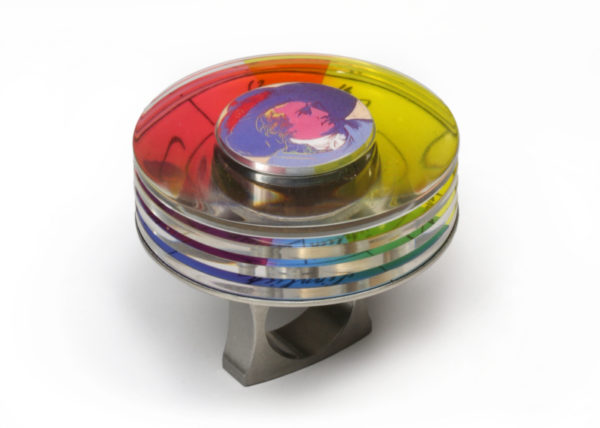 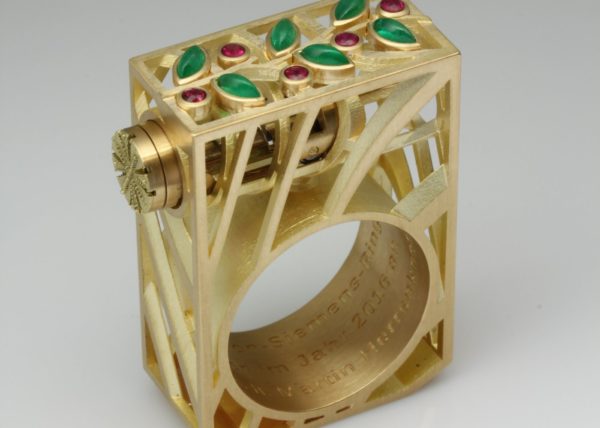 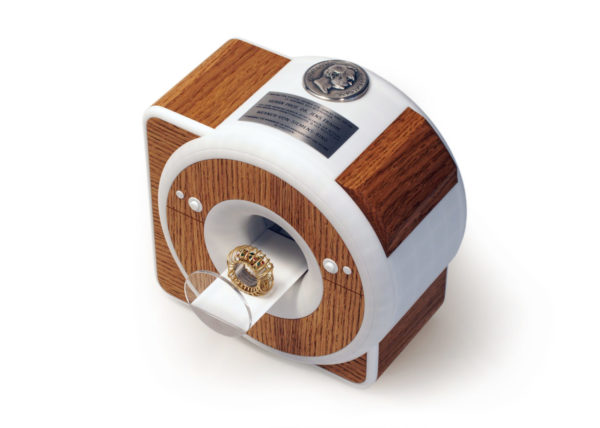 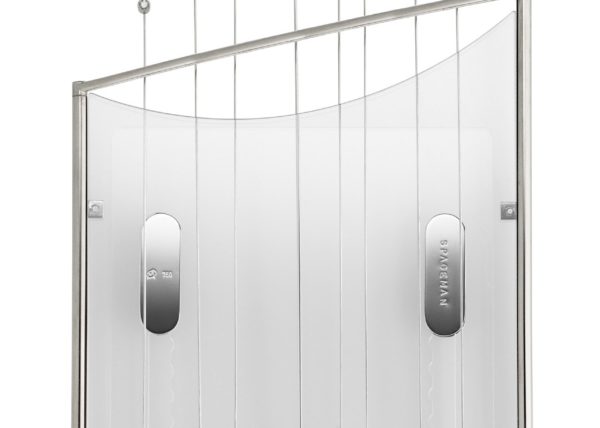 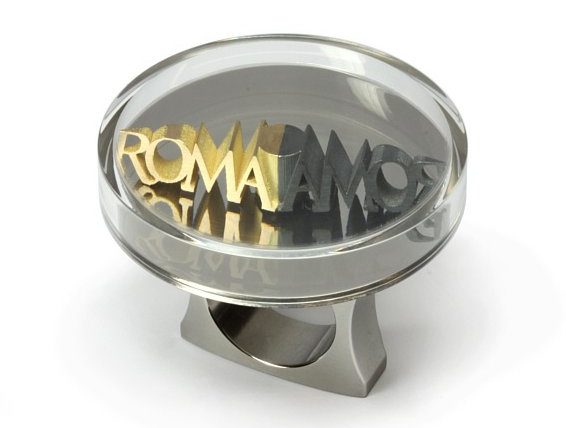 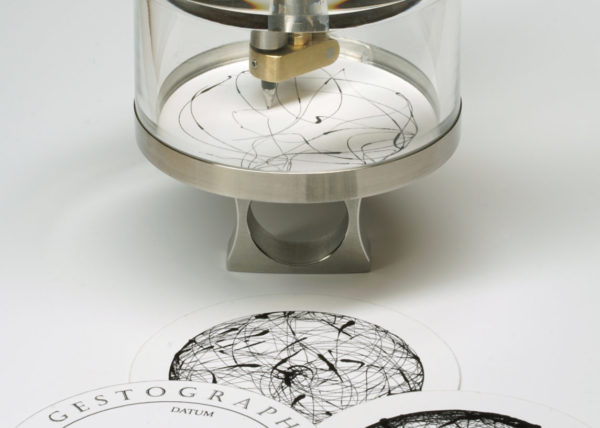 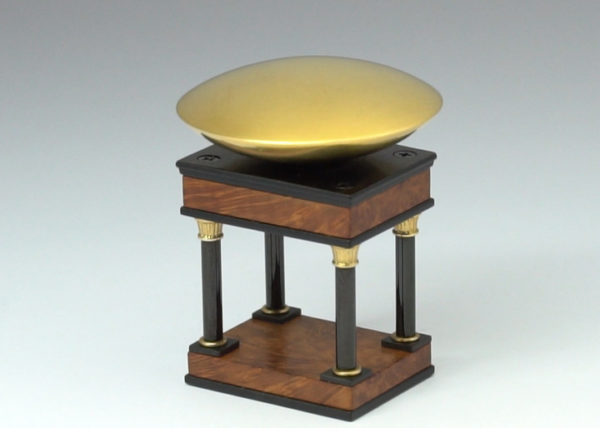 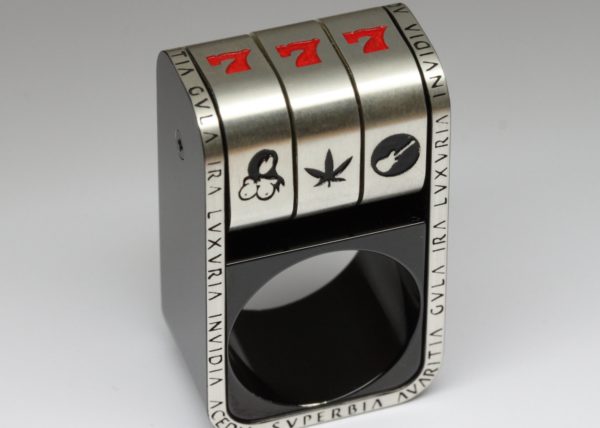 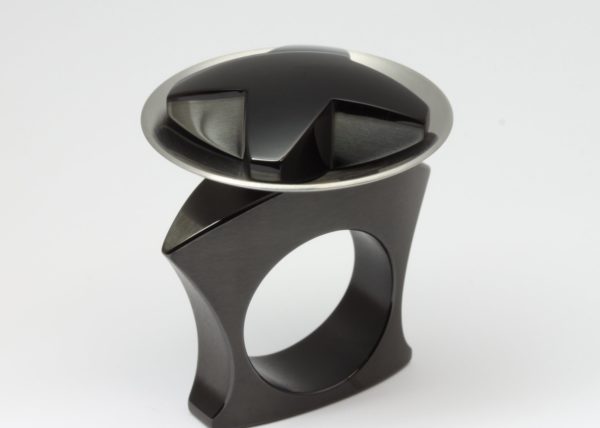